We unleashed Parker (literally) for the first time at the baseball field last night.  Typically, he's only been off leash in the dog run, but he's pretty obedient and Dave has been itching to play fetch in a big field :)  We made sure that there were no dogs, squirrels, or people around, and then the playing began: 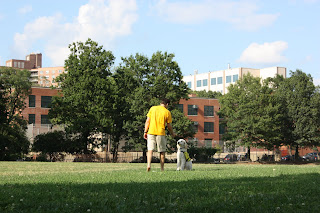 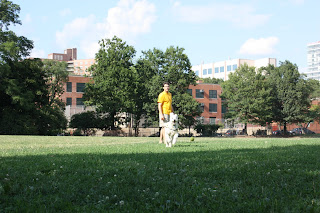 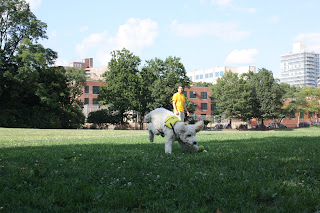 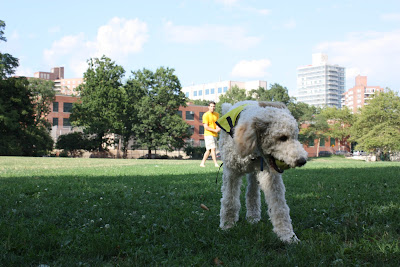 Other times were not as successful, as Dave had to lead Parker to the ball . . . 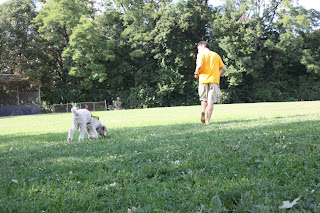 Or just give up on Parker entirely, and fetch the ball himself . . . 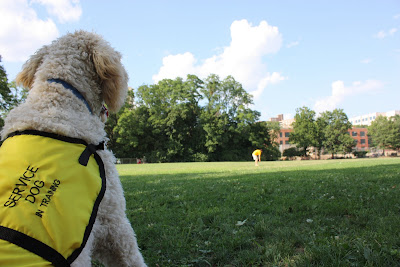 actually laughed out loud at dave fetching the ball!

you guys are always welcome to bring parker here and let him off leash in the yard :)

I did too---we don't stage pictures here, so that's a 100% accurate representation. Parker took a few steps in the direction of the ball, and then came and sat next to me, exhausted. And we watched Dave march out to get the ball himself :)

Hey, consider yourself lucky. Parker is a genius! Our sweet dog Freckles wouldn't have a clue what to do with a ball that was tossed to her. As our older daughter Emily says, she's an "underachiever".