Last week I wrote a post that highlighted the interesting (and kind of amazing) development of AAC siblings: both in terms of their inter-sibling spoken language and their inter-sibling AAC use. That post included a video in which Maya was delightedly using the search feature in her app (Speak for Yourself) to walk her way towards words. These were words that she already knew the location of, but it was more fun to practice spelling and navigating than it simply would be to select the words. (More on how the search feature works in a minute.)

Yesterday, in a development that shouldn't have been surprising (but still kind of was), I found Will sitting in his crib after nap time using the search feature in his talker. He was opening the search feature, entering "m", selecting m&ms, and then following the path to the button for m&ms. And he was very smiley and proud of himself for figuring it out.

The concept of "search feature" might be abstract for the non-AAC-users out there, so let me break it down. Speak for Yourself has what is arguably the best search feature in the world of AAC (certainly the best one that I've seen). A user taps the magnifying glass in the upper left corner, then begins to spell the word that they're searching for. 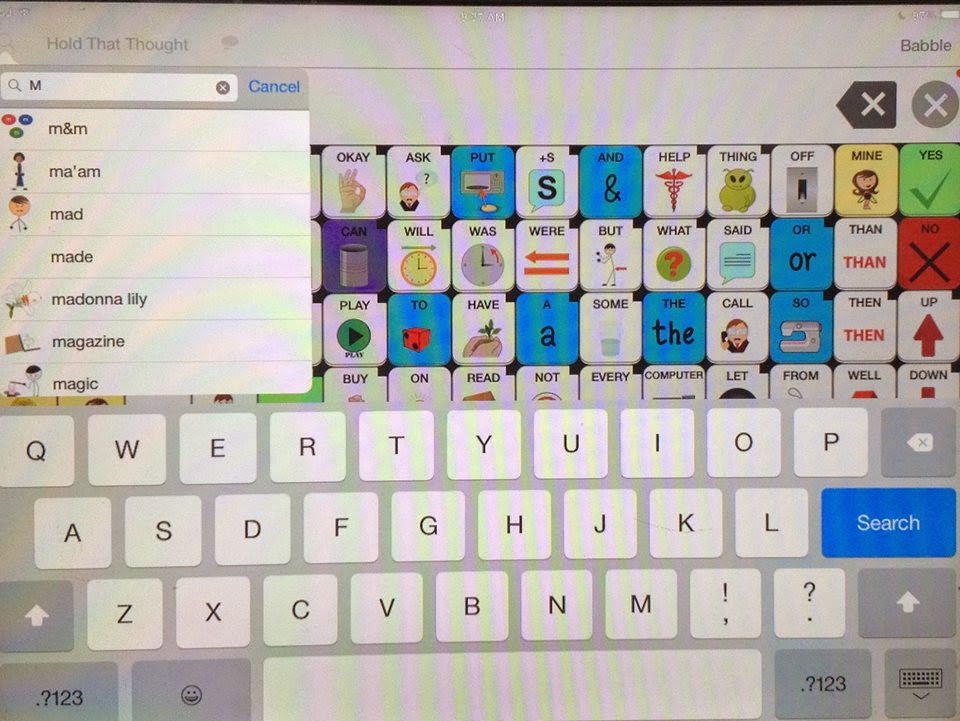 Upon entry of the first letter a scrollable list drops down, and the user can scroll through and select their target word. Two things about this list are unique (and awesome): First, you don't have to spell the whole word correctly. Maya has been able to discern the starting sound of a word for quite some time, at this feature became useful for her as soon as she could type in that initial sound. Second, the icons appear right next to the word---so a child who knows starting sounds but is pre-literate can find their target by recognizing the icon next to the word.

When the word is selected a flashing purple square outlines the path to the word. First, it flashes around the button on the main screen . . . 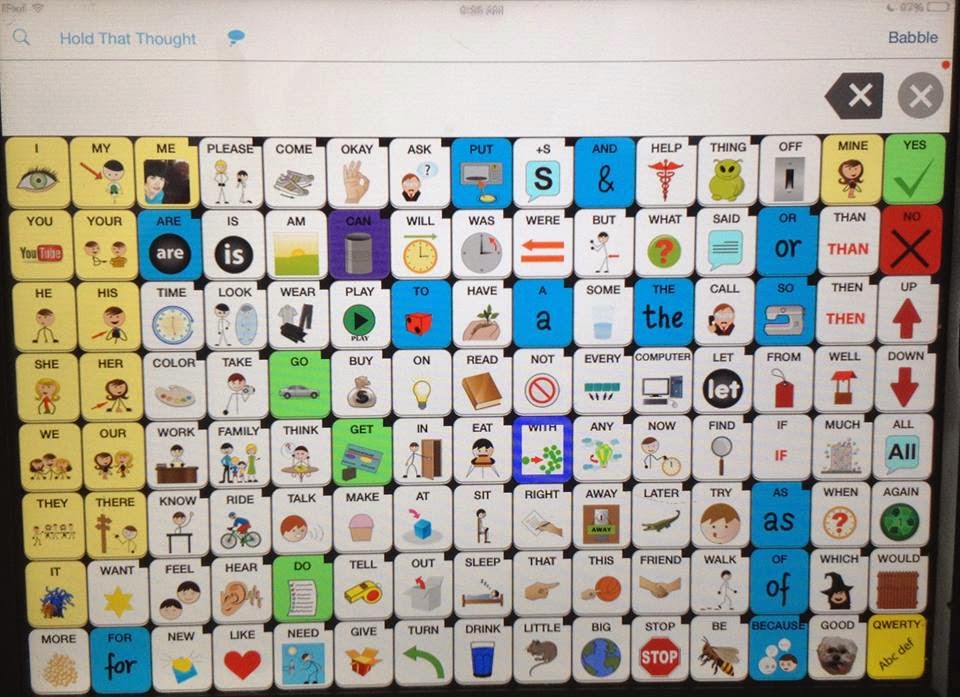 then it flashes around the target word on the secondary screen. 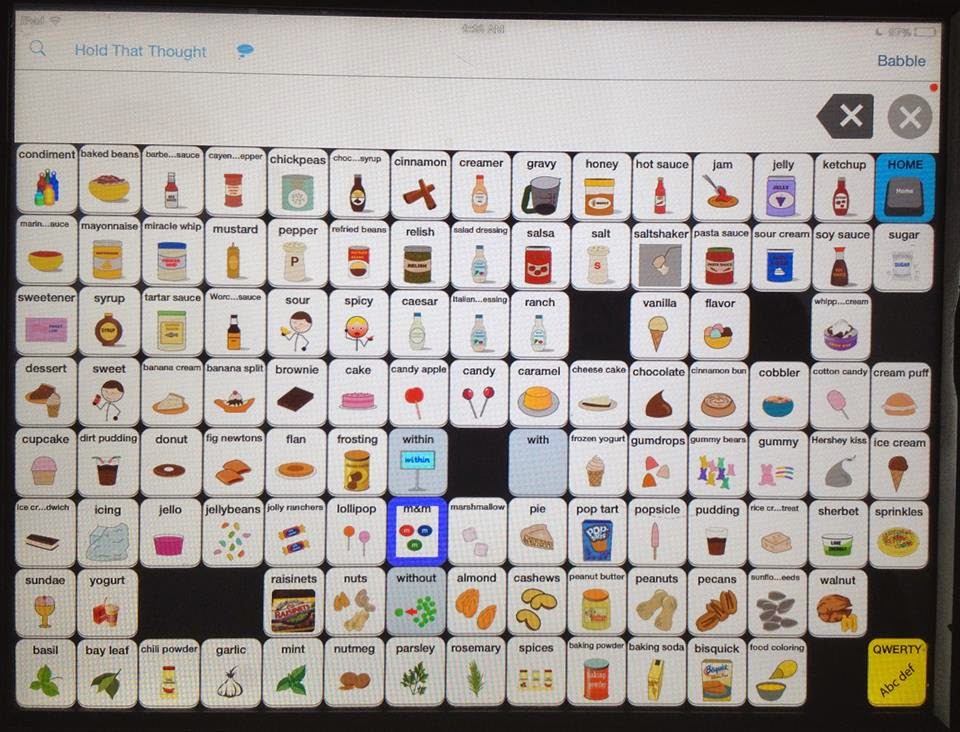 m&m highlighted on the secondary screen

The search feature makes it easy for Maya's teachers and therapists to quickly find words that they want to model. Maya enjoys experimenting with it, but I've also seen her attempt to use it purposefully---when I say "where's 'spectacular' " and she furrows her brow, pauses, and then opens up the search and types in "s." And now Will is in on the game.

Here he is (that's a chocolate ice cream mustache), searching:


AAC siblings are a special kind of awesome. And also, apparently the search feature in SFY is so easy to use that a two year old can use it.


Note #1: If you've got an eye for detail, you may notice that the coloring of the screen in the still pictures differs from the color-coding of the screen in the video. The still shots were provided by another user of SFY and reflect her color-coding. (I wrote this at my college library and didn't have a talker on hand to get still shots!) Different users and families choose to color code the buttons in different ways.