I saw a glorious thing today.

We've been watching flight lessons on and off all week long.  It's been amazing---the mom and dad pigeons have been arriving every morning before 7, enticing the "babies" onto the railing and convincing them to test their wings.  (I've never thought about it before, but learning to fly is kind of scary.  They've been on my terrace all of this time, and now just have to hop off and flap?  Kind of crazy.)

Anyway, this afternoon when I went outside to try to bully them out of here check on them, only the younger baby was there!  And when (s)he saw me, she fluttered up onto the railing. 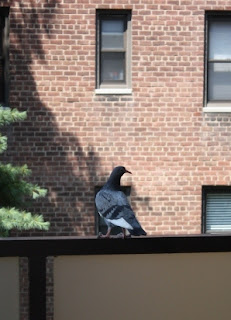 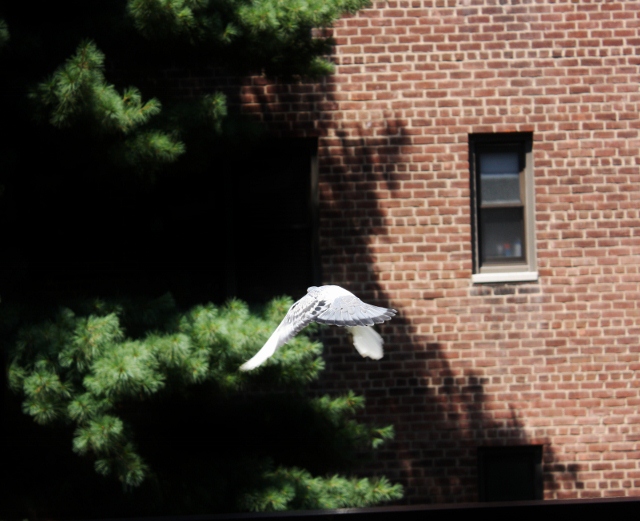 Kind of amazing, actually.
My face definitely lit up behind the camera as I took that picture.  A bizarre mix of pride and smug get-off-my-porchness.  I ran back inside and said "They're gone!  They flew away!  I even saw one fly!  I think they're really getting ready to leave!"
And then, this evening: 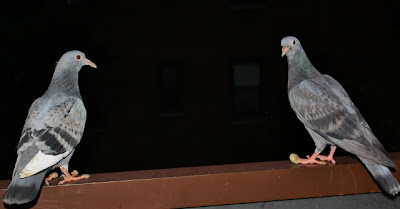 Look at those smug faces. 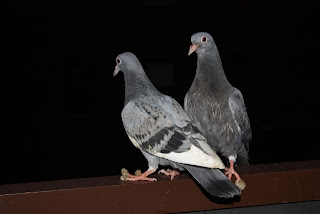 The younger one is on the left, the older on the right.
Sigh.
They don't like me (and I think they know the feeling is mutual) but they couldn't fly away when I went out there tonight.  They seemed unable to leave the balcony, which lead me to google investigate pigeons and night vision, and it seems like they can't see so well at night.
My flash probably wasn't helping.  Oops.
I have hope that the end is in sight, though.  Watching one of them fly away was pretty amazing . . . inspiring, even, if one could be inspired by a stupid dirty pigeon.  They aren't that smart, and they aren't very brave.  Their whole world was a corner of our cement terrace, mostly under a blue plastic tarp.  With only a few days worth of nudging and coersion from their parents, they literally made a huge leap of faith.
And their world became infinitely bigger.
Posted by Dana at 7/10/2011 09:25:00 PM

Email ThisBlogThis!Share to TwitterShare to FacebookShare to Pinterest
Labels: pigeons

I really think you should look into publishing your writing - I look forward to reading everything you put on the screen - you're really great at it!